In an oral decision delivered yesterday, the judges of the International Criminal Tribunal for the former Yugoslavia (ICTY) rejected Ratko Mladić‘s request for acquittal.

The request was made under Rule 98bis of the Rules of Procedure of the ICTY, which allows the judges to enter a judgment of acquittal after the close of the Prosecution case where “there is no evidence capable of supporting a conviction.” 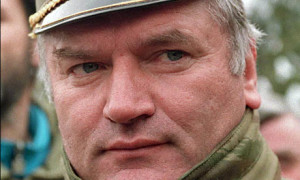 Mladić, the former Commander of the Bosnian Serb Army (VRS), is charged with several counts of genocide, crimes against humanity, and war crimes alleged to have been carried out in the course of a joint criminal enterprise to remove Bosnian Croats and Bosnian Muslims from the territory of Bosnia and Herzegovina. He is allegedly responsible for the devastating incidents that occurred at Srebrenica in July 1995, where it is estimated several thousand Bosnian Muslim men were executed in the course of a single day.

In his request for acquittal, he argued that the Prosecution had failed to prove (a) the requisite genocidal intent; (b) sufficient control over non-VRS elements which perpetrated some of the crimes with which Mladić is charged; and (c) specific incidents with which he is charged. The prosecution, and eventually the judges, dismissed the defence arguments.

Mladić’s trial commenced on 16 May 2012, 17 years after he was first indicted. The Prosecution closed their case on 26 February 2014; the request for acquittal has come at the half-way point with the Defence due to open their case in May 2014.