A United States Federal judge approved Spanish extradition requests on Friday ordering the deportation to Spain of Inocente Orlando Montano Morales, a former Salvadoran colonel, where he will stand trial for his role in planning the murders of six Jesuit priests and two women during El Salvador’s civil war in 1989. Most of the priests were originally from Spain.

“In short, the government’s evidence shows (Montano) was a decision-maker and member of a group of officers who collectively ordered the unlawful killings of Jesuit priests,” Federal magistrate judge Kimberly Swank wrote.

The judge also cited evidence that Montano provided information to the killers, including the location of a priest who was considered a primary target, then later threatened a witness’ wife to help conceal the crime. Montano served as the country’s vice-minister of public security and was part of an inner circle of powerful military officers.

The judge ordered that US marshals take custody of Montano so he can be turned over to Spain, pending final approval by the State Department.

The civil war left 75,000 dead and 8,000 more disappeared, the vast majority of whom were victims of the military regime’s “dirty war” against political opponents, leftist activists, and other community organizers, including many religious leaders.

The Jesuits had a long-standing affiliation with liberation theology, and government officials suspected the priests of sympathizing with the insurgency.

To date, the majority of individuals responsible for the widespread human rights abuses committed during the civil war have not been held accountable for their crimes. Today, Abu Hamza has been found guilty of terror charges by a US court in New York. The 56-year old was facing 11 terrorism charges, including providing support to al-Qaeda and trying to set up an al-Qaeda training camp in Oregon.

In New York the jury of eight men and four women reached a unanimous guilty verdict on all 11 terror charges.

Facts of the case date back to the late 1990s, when Abu Hamza allegedly conspired to set up a terrorist training camp in Oregon, to arrange for others to attend an al-Qaida training camp in Afghanistan, and to ensure there was satellite phone service for hostage takers in Yemen in 1998 who abducted two American tourists and 14 others.

Abu Hamza was first arrested in the United Kingdom in 2004 where he was found guilty of 11 charges, including encouraging the murder of non-Muslims, and intent to stir up racial hatred. Abu Hamza was sentenced to seven years in prison.

The same year of his conviction, the United States requested Abu Hamza’s extradition. Following a legal battle, the European Court of Human Rights finally authorized extradition after it was given assurances by the United States that Abu Hamza would neither be designated as enemy combatant (with the consequences that that entailed, such as the death penalty) nor subjected to extraordinary rendition.

He is due to be sentenced on 9 September where he faces a possible life imprisonment. 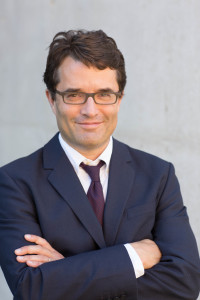 Ilawyerblog is pleased to announce the arrival of Alex Whiting as part of its team as guest blogger.

Alex Whiting is a Professor of Practice at Harvard Law School where he teaches, writes and consults on domestic and international criminal prosecution issues.

Previously, he worked for 18 years as a U.S. and international prosecutor. From 2010 until 2013, he was in the Office of the Prosecutor at the International Criminal Court (ICC). Before going to the ICC, Alex Whiting taught for more than three years as an Assistant Clinical Professor of Law at Harvard Law School, again with a focus on prosecution subjects. From 2002-2007, he was a Trial Attorney and then a Senior Trial Attorney with the International Criminal Tribunal for the Former Yugoslavia (ICTY). Before going to the ICTY, he was a U.S. federal prosecutor for ten years.