Reports confirmed that on the evening of 22 September 2014, a group of masked armed men who belong to

ISIS opened fire and killed her in a public square in the very heart of Mosul, Iraq. She was kidnapped by ISIS from her home last week after she described as “barbaric” the widespread damage that ISIS inflicted on ancient features of her city.

In reaction to this tragic news, the Gulf Centre for Human Rights has condemned in the strongest terms the execution of Samira Saleh Al-Naimi and urged the UN and relevant international institutions to:

1. Carry out an immediate, impartial and thorough investigation into the execution of Samira Saleh Al-Naimi and other crimes committed by ISIS with a view to publishing the results and bringing those responsible to justice in line with local laws and international standards;

2. Guarantee in all circumstances that all human rights defenders and journalists in Iraq are able to carry out their legitimate human rights activities without fear of reprisals and free from all restrictions including judicial harassment.

Samira Saleh Al-Naimi was a prominent lawyer and human rights defender and famous for her activities that include defending detainees and supporting the disadvantaged families in the city.

The International Criminal Tribunal for Rwanda

On 21 December 2011, Trial Chamber III convicted Karemera and Ngirumpatse of direct and public incitement to commit genocide, genocide, extermination and rape as crimes against humanity, and murder as a serious violation of Article 3 common to the Geneva Conventions and Additional Protocol II. The Trial Chamber sentenced Karemera and Ngirumpatse to life imprisonment. Yesterday, the defence team for Kenyan President Uhuru Kenyatta filed a request before a Trial Chamber of the International Criminal Court (ICC) to excuse the Kenyan President from attending in person a Status Conference scheduled for 8 October 2014. In the “urgent request”, lawyers for Kenyatta explain that his position as President of the East African Community requires him to chair a regional summit in Kampala, Uganda on the day in question. The meeting is to address economic development and regional security issues.

The request was filed pursuant to Rule 134 quater of the ICC’s Rules of Procedure and Evidence, which states that an accused subject to a summons to appear (as President Kenyatta is) may request excusal from attendance at trial when mandated “to fulfil extraordinary public duties.” The Trial Chamber shall grant the request when it considers excusal to be in the interests of justice and provided that the rights of the accused are fully ensured.

The rule is a recent amendment to the Rules of Procedure, which was adopted by the Assembly of States Parties in November 2013 following a request by the African Union.

President Kenyatta is charged with crimes against humanity perpetrated during the post-electoral violence in 2007. The start date of his trial has been postponed on numerous occasions amidst Prosecution complaints that the Kenyan Government has failed to disclose requested documents.

Today, a former Communist-era prison commander, Alexandru Visinescu, has appeared in a Romanian court accused of crimes against humanity, in the country’s first trial of its kind.

The accused, 88, ran the Ramnicu Sarat prison from 1956 to 1963, where inmates were allegedly tortured and starved.

Mr Visinescu is the first of 35 men whom the Romanian state plans to try for similar offences.

He has denied the charges, saying that he wasn’t responsible for the rules in the prison and followed his superiors’ orders.

The trial has now been adjourned and will resume next month.

Nicknamed “the prison of silence” because detainees were held in solitary confinement, the facility housed intellectuals, dissidents, priests and others deemed enemies of the Communist Party.

Since 2006 the Romania’s state-run Institute for the Investigation of Communist Crimes has been gathering evidence against those responsible by exhuming graves and looking for surviving victims from a number of prisons.

About 500,000 Romanians became political prisoners in the 1950s as the country’s Communist government sought to crush dissent.

Yesterday, Chatham House in conjunction with Doughty Street Chambers hosted a lecture on “The ICC and Libya: Complementarity in Conflict”. The featured speakers were Professor Kevin Jon Heller from the School of Oriental and African Studies, Melinda Taylor, defence counsel and former head of the Office of Public Counsel for the Defence at the ICC, and Carla Ferstman, Director at REDRESS.

The discussion centred around the admissibility decisions in the cases of Saif al-Islam Gaddafi and Abdullah al-Senussi before the ICC. In July 2014, the Appeals Chamber held that the case against al-Senussi was inadmissible and that the Libyan authorities were willing and able to try him. Earlier, in May 2014, the Appeals Chamber reached the opposite decision in the case of Gaddafi holding that the case was admissible and ordering his transfer from detention in Zintan to the ICC. END_OF_DOCUMENT_TOKEN_TO_BE_REPLACED

The Human Rights Centre of Ghent University is organizing a symposium on “(How) Should the European Court of Human Rights Resolve Conflicts between Human Rights?”

The Symposium aims to evaluate the legal reasoning of the European Court of Human Rights in conflicting rights cases and to propose novel methodological tools and frameworks for the judicial resolution of conflicts between human rights in the context of the European Convention on Human Rights.

In order to tackle these challenges, a number of renowned scholars have been invited to present their views on how (specific) conflicts between human rights ought to be resolved. First, a small number of scholars will set the stage for the debate by outlining their general approaches, frameworks and tests for the judicial resolution of conflicts between human rights in the ECHR context. Following these general presentations, a larger number of panels will address specific types of conflicts. To ensure productive and spirited debate, the participants in the specific panels have been asked to present their views on how certain pre-selected ECtHR cases should be (or should have been) resolved.

Registration: If you would like to attend the event, please register before 10 October 2014 by sending an e-mail to the attention of Stijn Smet.

As the United Nations recently took over the peacekeeping mission in the Central African Republic (MINUSCA), calls for imminent justice were made earlier this week by Human Rights Groups.

MINUSCA officially started its mission on 15 September 2014. Adopted by the Security Council in April 2014, Resolution 2149 gives mandate to MINUSCA to ensure the security of the civilian population, contribute significantly to the establishment of the rule of law with the redeployment of the public services and help to fight against impunity. This force deployment, in majority composed of the African forces of the African-led International Support Mission to the Central African Republic (MISCA) placed under UN command, must continue until April 2015, date on which the mission should reach the total number of 10 000 soldiers and 2 000 policemen. END_OF_DOCUMENT_TOKEN_TO_BE_REPLACED

Following information received in recent years by the Inter-American Commission on Human Rights (IACHR) through public hearings and visits, criminal law is allegedly being used against human rights defenders in some countries in retaliation for their work in defending and promoting human rights. Regarding this issue, the Commission, in its Second Report on the Situation of Human Rights Defenders in the Americas, expressed its concern regarding the issue of criminalization, understood as opening groundless criminal investigations or judicial actions against human rights defenders which not only has a chilling effect on their work, but can also paralyze their efforts to defend human rights since their time, resources, and energy must be devoted to their own defense.

As noted by the Commission, criminalization of the defense of human rights is a complex phenomenon that may be perpetrated in different ways, by both state and individual actors. According to the information received by the IACHR, in some States both public officials and private individuals –including businesses or employees of private companies, for example– reportedly use criminal law to subject human rights defenders to legal proceedings in order to repress or discourage social protest or criticism of public officials. Often, these cases are said to be based on criminal charges devised in ways that run contrary to international law. Moreover, in some States, legal bodies reportedly issue precautionary measures in criminal cases, such as pretrial detention or bond, presumably in order to discourage and restrict the efforts of human rights defenders during critical junctures in the causes they are defending.

The answers must be sent here before October 16, 2014 with the following words in the Subject: Questionnaire on Criminalization.

Complementarity is certainly posited as a driving feature of the ICC regime. The ICC is expected to act in what is described as a ‘complementary’ relationship with domestic states that are party to the Rome Statute. The Preamble to the Rome Statute says that the ICC’s jurisdiction will be complementary to that of national jurisdictions, and article 17 of the Statute embodies the complementarity principle. At the heart of this principle is the ability to prosecute international criminals in one’s national courts, on behalf of the international community, or to have in place mechanisms to arrest and surrender to the ICC persons that the court seeks to prosecute and who happen to be in one’s jurisdiction.

Various developments in Africa suggest a broader understanding of complementarity that is unfolding in practice and which is worthy of further exploration. This broader understanding in certain respects falls within the notion of ‘positive complementarity’, or perhaps better phrased, ‘proactive complementarity’ – a term meaning that the ICC and states should actively encourage genuine national proceedings where possible, and that national and international networks should be relied upon as part of a system of international cooperation. END_OF_DOCUMENT_TOKEN_TO_BE_REPLACED

The Association of Defence Counsel Practising Before the ICTY (ADC-ICTY) has published its newsletter no. 74. 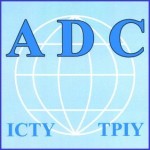 The newsletter provides analysis on two high-level discussions organized by the T.M.C. Asser Instituut in collaboration with the International Centre for Counter-Terrorism (ICCT) on “The Use of Military Evidence in Counter-Terrorism” and with the Grotius Centre and the Coalition for the International Criminal Court (CICC) on “Illegal Armed Force as a Crime against Humanity”.

The newsletter looks back at various decisions or judgments rendered years ago by the STL, the ICTY and the ICTR but keeps us up to date as well with the current proceedings in front of the Bosnian Constitutional Court, the ICC and the ECCC.