Diplomatic immunity was initially claimed by Turkish authorities but it has now been reported that 19 people, including 15 identified as Turkish security officials were indicted by a grand jury in Washington DC. Several of these security officials returned to Turkey and it is unclear if there will be any legal repercussions in the United States. It is also unclear if any of those indicted remain in the US as diplomatic staff for Turkey. END_OF_DOCUMENT_TOKEN_TO_BE_REPLACED

by Abdurrahman Erol and Selman Aksünger*

While a lot of attention has been devoted to North Korea and referendum in Northern Iraq, comments must be made on one of the most tyrannous mass human rights violations of the last couple years. Recently, news on Myanmar and Rohingyas started to hit the headlines again. Graphic pictures and videos from the decades-long conflict zone Arakan, a.k.a Rakhine state, have started to spread in some news and social media sites. Although the State Peace and Development Council of Myanmar does not recognize the Rohingyas as one of the 135 ethnic minority groups, they are indeed such a minority group, which is estimated to constitute 25% of the population of Arakan. It is believed that around 800.000 Muslim Rohingyas live in Arakan and are mainly concentrated in the northern part of the Arakan state. The Buddhist Rakhine constitutes the majority ethnic group in Arakan.

There are different claims about the origins of the Rohingyas. Former and current governments in Myanmar argue that they are illegal immigrants from adjacent Muslim regions who came after the Anglo-Myanmar War in 1824. However, on the other hand, the Rohingyas and some renowned scholars state that they are descendants of the first Muslim residents of Arakan who came there in or around the 9th century by way of the new emerging trade routes through the Bay of Bengal and the Andaman Sea. This debate forms the basis of today’s problems in Arakan and the mistreatment of Rohingyas, resulting in gross human rights violations by the government and majority groups in Arakan. END_OF_DOCUMENT_TOKEN_TO_BE_REPLACED 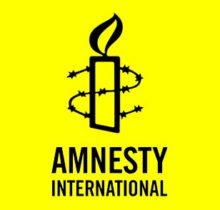 The platform seeks to promote the latest efforts by Amnesty International, international and national civil society groups and others to strengthen international justice. It will also provide regular opinion pieces on the latest developments and emerging human rights concerns.

By doing this, Amnesty International hopes to provide: