This week, the Defence for Jovica Stanišić filed a request in front of the Trial Chamber of the Mechanism for International Criminal Tribunals (MICT) to stay the proceedings until the Prosecution respects the principle of finality and the Appeal Chamber’s order for retrial.

On 31 May 2013, the Trial Chamber of the International Criminal Tribunal for the former Yugoslavia (ICTY) acquitted Jovica Stanišić, formerly Deputy Chief and Chief of the State Security Service (SDB) of the Ministry of Interior of the Republic of Serbia, and his co-accused, Franko Simatović, formerly Deputy Chief of the Second Administration of the Serbian SDB and special advisor in the SDB.

In December 2015, the ICTY Appeals Chamber ordered that they be retried on all counts of the indictment.

In September 2016, the Prosecution filed its Pre-Trial Brief and other pre-trial materials.

In its request, the Defence submits that the Prosecution’s approach to the retrial amounts to ‘’such an egregious violation of the Accused’s rights that it is detrimental to the Court’s integrity, contravenes any sense of justice, and makes a fair trial impossible’’. The Defence submits that the Trial Chamber should stay the proceedings until the Prosecution fully respects the res judicata and non bis in idem principles and the order of the Appeals Chamber for a retrial on the previous Indictment without addition or expansion of the counts or charges. END_OF_DOCUMENT_TOKEN_TO_BE_REPLACED 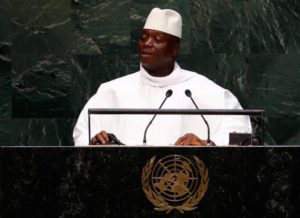 South Africa’s withdrawal followed a controversy last year when it failed to arrest President Omar Al Bashir, who is wanted by the ICC, when he attended an AU summit in South Africa. South Africa’s Supreme Court of Appeals ruled that the government had violated national laws and its international obligations for not having arrested Bashir. END_OF_DOCUMENT_TOKEN_TO_BE_REPLACED Following a year-long investigation into a major wildlife trafficking hub centred in Nhi Khe, Viet Nam, the Wildlife Justice Commission will hold its first ever Public Hearing on 14 & 15 November 2016 at the Peace Palace in The Hague, the Netherlands.

The hearing will present the findings of the investigation for validation, and experts and witnesses will be heard over two days by an independent, impartial panel of five international experts. The Commission has documented US$ 53.1 million in trade of parts and products of rhinos, elephants, tigers and other endangered species.

The Nhi Khe public hearing is a measure of last resort. Despite exhaustive efforts by the Wildlife Justice Commission encouraging the Vietnamese government to shut down this operation, the more than 50 members of this trafficking ring continue to operate with impunity.

If you wish to register, click here. Registration ends on 7 November.

The Wildlife Justice Commission is an innovative justice accountability mechanism for wildlife, which was set up in The Netherlands in March 2015, to ensure that governments and other judicial bodies enforce the rule of law against perpetrators of wildlife crimes.

South Africa has formally begun the process of withdrawing from the International Criminal Court (ICC).

The Rome Statute, under which the ICC was set up, requires the arrest of heads of state for whom a warrant was issued.

The country’s Minister of justice, Michael Masutha, said that South Africa was “hindered” by certain parts of the Rome Statute, primarily the one that “compels South Africa to arrest persons who may enjoy diplomatic immunity under customary international law, who are wanted by the ICC for genocide, crimes against humanity, war crimes, to surrender such persons to the International Criminal Court.”

He said that South Africa wishes to give effect to the rule of customary international law which recognises the diplomatic immunity of heads of state and that the Rome Statute is ”in conflict and inconsistent” with such rule.

Mr Bashir is wanted by the ICC on charges of genocide, war crimes and crimes against humanity over the conflict in the Darfur region.

Mr Bashir was attending an African Union summit in Johannesburg, when the South African government ignored an ICC request to arrest him.

“South Africa’s proposed withdrawal from the International Criminal Court shows startling disregard for justice from a country long seen as a global leader on accountability for victims of the gravest crimes,” said Dewa Mavhinga, the NGO’s Africa division senior researcher.

“It’s important both for South Africa and the region that this runaway train be slowed down and South Africa’s hard-won legacy of standing with victims of mass atrocities be restored,” Mr Mavhinga said.

A written notice of South Africa’s intention was submitted to the UN secretary general. The withdrawal from the ICC will be formalized one year after the notification. During the 12 months’ notice period, South Africa will remain under the Rome Statute.

On 13 October 2016, Professor Guénaël Mettraux and Professor John Dugard filed an amicus curiae brief before the Constitutional Court of South Africa In the matter between the Ministry of Justice and Constitutional  Development and the Southern African Litigation Center (“President Al-Bashir case”).

In resolving this tension, Profs Mettraux and Dugard have laid down a series of important principles and effectively mapped a way out of the problem:

i. Traditional international law used to grant absolute immunity to heads of state in respect of all acts, commercial and criminal.

ii. Over time, international law started to carve out a number of exceptions to that general and absolutist principle (in particular in respect of commercial acts). This includes an exception to immunities as a defence and/or bar to jurisdiction when faced with international crimes charges (see next).

iii. Since at least the end of the Second World War and criminal prosecutions pertaining to that conflict, customary international law excludes the possibility for a Head of State (and other State officials) to rely on his immunity as a defence or as an objection to the jurisdiction of a court before which he appears on charges of international crimes (war crimes; crimes against humanity; or genocide).

v. In the context of that exclusionary rule, none of the relevant instruments or relevant incidents of state practice draw a distinction between official and private acts of state officials. All conduct amounting to an international crime are encapsulated into the general exclusionary rule. Nor do these draw a distinction between sitting and former state officials. The exclusion of immunities as a defence and jurisdictional bar is absolute in its effect and pertains to any individual.

vi. Article 27 of the Statute of the ICC recognizes and gives effect to that general principle in the context of proceedings before the ICC. As a jurisdictional provision (dealing with one aspect of the Court’s jurisdiction ratione personae), Article 27 only deals with the effect (or, rather, the absence of effect) of an official position and related immunities on the jurisdiction of the Court itself. It does not regulate, nor purports to regulate, the effect of these immunities on the jurisdiction of any other court. END_OF_DOCUMENT_TOKEN_TO_BE_REPLACED

The Court and its various organs have continually issued a number of documents explaining the Court’s policies on numerous distinct issues as well as its strategies for the future. The Journal’s Editorial Committee believes that the time has come to take a closer and systematic look at these documents, looking at the choices made thus far, the level of transparency and consistency, as well as suggesting avenues to strengthen the overall effectiveness and credibility of ICC investigative and prosecutorial strategies.

The Journal calls for submission of abstracts not exceeding 500 words on the questions described above, or related areas of interest, no later than 15 November 2016. After the abstracts are reviewed, in early December, the Editorial Committee will invite a number of contributors to submit full papers of no more than 8000 words (including an abstract and footnotes) by 28 February 2016. For more information about the call, please visit its webpage or contact the Executive Editor. 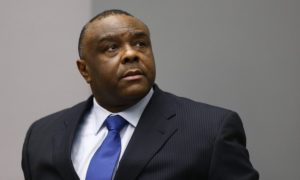 Today, Trial Chamber VII of the International Criminal Court (ICC) ruled on the accusations of offences against the administration of justice against Jean-Pierre Bemba Gombo, Aimé Kilolo Musamba, Jean-Jacques Mangenda Kabongo, Fidèle Babala Wandu and Narcisse Arido. The five accused were found guilty of various offences relating to the false testimonies of defence witnesses in another case before the ICC: The Prosecutor v. Jean-Pierre Bemba Gombo (Main Case).

The judgment was delivered today, 19 October 2016, during a public hearing in the presence of all five accused. The Prosecutor and the Defence may appeal the judgment within 30 days. For these types of offences, according to the Rome Statute, the judges may impose a term of imprisonment not exceeding five years and/or a fine. The Chamber shall pronounce the penalties at a subsequent stage.

On 21 March 2016, Jean-Pierre Bemba was found guilty by the ICC of war crimes and crimes against humanity committed in the Central African Republic in 2002-2003. On 22 June, Mr. Bemba was sentenced to 18 years’ imprisonment. In September, the Defence for Mr. Jean-Pierre Bemba filed an appeal against his conviction for war crimes and crimes against humanity in front of the Appeals Chamber of the ICC. The Association of Defence Counsel Practising Before the ICTY (ADC-ICTY) Annual Conference and training will take place on 3 and 4 December 2016 at the Marriott hotel in The Hague.

The topics of the Conference panels are:

The training for ADC-ICTY Members on Sunday 4 December will be:

Members of the United Nations Security Council today adopted by acclamation the recommendation of former Portuguese Prime Minister António Guterres to become the next UN Secretary-General.

The Secretary-General of the UN is the head of the United Nations Secretariat, one of the principal organs of the UN, and serves as the organisation’s top diplomat and chief “administrative officer”. The post lasts for five years but is limited to a maximum of two terms. END_OF_DOCUMENT_TOKEN_TO_BE_REPLACED

In the first phase of the proceedings on admissibility, the United Kingdom, India and Pakistan raised several objections to the jurisdiction of the Court and the admissibility of the application. END_OF_DOCUMENT_TOKEN_TO_BE_REPLACED