In an effort to tackle Italy’s notoriously slow justice system, Prime Minister Matteo Renzi has announced a “revolution” that would break down bureaucracy. Friday, the Council of Ministers approved a series of measures designed to improve delays before courts. The “Sblocca Italia” programme provides for first-instance trials to last one year top and to reduce judicial summer break to speed up procedures.

Italy has already been condemned by the European Court of Human Rights for its slow legal procedures. Civil cases take in average eght years to be resolved. Legal delays have contributed to damage busness activity in a country that has recently slumped back into recession : a business that goes to court to enforce a contract can wait three years for a verdict. 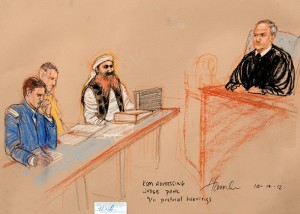 While Wright’s resignation cannot directly evidence the Army’s intent to remove him from the team, it only contributes to further diminish the appearance of legitimacy of the Guantánamo military commissions. Wright decided to leave the Army as he was not able to continue his defence work: required to attend a nine-month graduate program in military law, Wright was denied a deferral. The choice was clear-cut: either quit Mohammed’s defence team and attend the graduate program, or resign from the Army. In conflict with his ethical obligation to continue representing his client, after a long period of building trust with a client who was tortured and guarded by people wearing the same uniform as him, Wright eventually quit. END_OF_DOCUMENT_TOKEN_TO_BE_REPLACED

James G. Stewart, an assistant professor of law at the University of British Columbia and a former war crimes prosecutor, has published an article entitled “The turn to Corporate Criminal Liability for International Crimes: Transcending the Alien Tort Statute” in the New York University Journal of International Law and Politics. The full article is available here. Abstract: In November 2013, Swiss authorities announced a criminal investigation into one of the world’s largest gold refineries, on the basis that the company committed a war crime. The Swiss investigation comes a matter of months after the US Supreme Court decided in Kiobel that allegations such as these could not give rise to civil liability under the aegis of the Alien Tort Statute (“ATS”). Intriguingly, however, the Swiss case is founded on a much earlier American precedent. In 1909, the U.S. Supreme Court approved the novel practice of prosecuting companies. Unlike the Court’s position in Kiobel a century later, the arguments that ultimately led to the open-armed embrace of corporate criminal liability were unambiguously concerned with impunity. For the U.S. Supreme Court, doing without corporate criminal responsibility would create a significant and highly undesirable regulatory gap. After that, the American fiction that corporations are people for the purposes of criminal law took hold, such that the concept is now relatively ubiquitous globally. Even jurisdictions that bravely held out for decades on philosophical grounds have recently adopted corporate criminal liability. Switzerland is one such case. END_OF_DOCUMENT_TOKEN_TO_BE_REPLACED

Cost: There is no charge for the training.

The application form is available here. To apply or for more information, send an email or visit Fair Trials’ Website.

In a report published yesterday and following a year-long investigation, Human Rights Watch (HRW) asserts that the systematic and widespread killing of at least 1,150 demonstrators by Egyptian security forces in July and August 2013 probably amounts to crimes against humanity. In the August 14 dispersal of the Rab’a al-Adawiya sit-in alone, security forces, following a plan that envisioned several thousand deaths, killed a minimum of 817 people and more likely at least 1,000.

The report, entitled, “All According to Plan: The Rab’a Massacre and Mass Killings of Protesters in Egypt,” documents the death on 14 August 2013 of hundreds of protesters calling for former President Mohamed Morsi to come back. Describing a “mass killing” that could amount to a crime against humanity, HRW calls for an investigation several officials, including Abdel Fattah Al-Sissi, who was elected President in May 2014. “In Rab’a Square, Egyptian security forces carried out one of the world’s largest killings of demonstrators in a single day in recent history,” said Kenneth Roth, executive director of Human Rights Watch. “This wasn’t merely a case of excessive force or poor training. It was a violent crackdown planned at the highest levels of the Egyptian government. Many of the same officials are still in power in Egypt, and have a lot to answer for.”

Kenneth Roth arrived at Cairo airport on Monday to present the report along with Sarah Leah Whiston, executive director of HRW Middle East and North Africa Division. Both were banned from entering Egypt for “security reasons.”

Today, the Trial Chamber of the Extraordinary Chambers in the Courts of Cambodia (ECCC) found the last two surviving leaders of Cambodia’s Khmer Rouge regime guilty of crimes against humanity. Kieu Samphan, the former head of state of Cambodia, and Nuon Chea, former president of the national assembly, have both been sentenced to life imprisonment.

The Trial Chamber found that both Nuon Chea and Khieu Samphan participated in a joint criminal enterprise to achieve the common purpose of implementing a rapid socialist revolution through a ‘great leap forward’ by whatever means necessary. The Chamber found that this common purpose was implemented through, amongst other means, policies to forcibly displace people from cities and towns and between rural areas. As a result, during the first phase of the movement of the population at least two million people were forcibly transferred from Phnom Penh in April 1975 by Khmer Rouge soldiers under false pretexts and threats, often at gunpoint, with almost no prior warning and in terrifying and violent circumstances.

During the second phase of the movement of the population, between September 1975 and December 1977, at least 330,000 to 430,000 people were forcibly displaced from various locations throughout Cambodia. Most people were ordered to leave their locations and transferred under armed guard. Those who refused transfer or attempted escape were arrested, detained or transferred in a further round of movements. END_OF_DOCUMENT_TOKEN_TO_BE_REPLACED There is a general notion that the law is like a spider’s web. It only catches the weak.

The decision adopted by the AU heads in Malabo, Equatorial Guinea, to grant immunity from prosecution for serious human rights violations to heads of state and senior government officials at the African Court of Justice and Human and Peoples Rights only serves to reinforce this perception.

Few African heads of state have been tried for serious human rights violations of their own people. Those that come to mind are Charles Taylor (Liberia) and Hosni Mubarak (Egypt). Charles Taylor was tried by a hybrid tribunal set up under the auspices of the UN in Sierra Leone (sitting in The Hague, a city that has become the seat of international justice). After being overthrown in a revolution, Mubarak was tried by domestic courts in what some view as flawed victor’s justice. The AU was not involved in either of these proceedings.

Others await or are going through trial. These are Laurent Gbagbo (Cote D’Ivoire), Omar Hassan Ahmad Al-Bashir (Sudan), Uhuru Kenyatta and his deputy, William Ruto (Kenya) at the ICC, and Hissène Habré (Chad) at an AU sponsored tribunal in Senegal. The Hissène Habré case has been awaiting trial since shortly after the millennium. Legitimate concerns have been raised about the willingness of the AU leaders to see Hissène Habré face justice and the completion of the trial. Omar Hassan Ahmad Al-Bashir has been largely protected by the AU heads that have refused to cooperate with the ICC to effect his warrant of arrest. END_OF_DOCUMENT_TOKEN_TO_BE_REPLACED

A recent legal flurry on the island of Aruba (population: 100,000) has raised interesting questions about the nature and scope of diplomatic/consular immunity.

Hugo Carvajal, the former chief of Venezuelan military intelligence and retired General whose nickname is ‘el Pollo’ (the Chicken), was detained in Aruba on 23 July. He had been admitted to the island on a diplomatic passport and had been named Consul-General to Aruba by Venezuela earlier in the year.

According to news reports, he was detained at Aruba’s international airport pursuant to a request from the United States. He is accused of conspiring with Colombian drug traffickers to export cocaine to the US. In 2008, the US Treasury Department put him on a blacklist, alleging he had protected drug shipments from FARC and provided them with weapons and logistical assistance.

Venezuela’s Ministry for Foreign Affairs rejected the ‘illegal and arbitrary detention of [a] Venezuelan diplomat’ and invoked the 1961 Vienna Convention on Diplomatic Relations. A local judge in Aruba, however, rejected the claim of diplomatic immunity on 25 July. The judge pointed out that Carvajal’s nomination of Consul General had not yet been accepted by the Dutch authorities, which was required since Aruba is part of the Kingdom of The Netherlands. The judge ordered Carvajal to be held pending extradition proceedings. END_OF_DOCUMENT_TOKEN_TO_BE_REPLACED 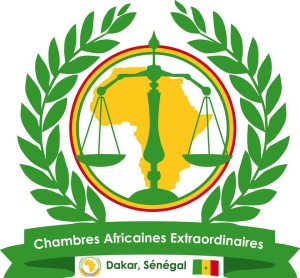 An interactive forum on the Extraordinary African Chambers (CAE) has been launched online.

This forum was chosen to bring information on the proceedings following the agreement between the African Union and Senegal to prosecute “those primarily responsible for international crimes committed in Chad between 1982 and 1990” to the attention of people in Senegal, Chad, Africa and throughout the world.

Since the beginning of 2014, an outreach campaign has made it easier for people in Chad and Senegal to access information through meetings, public debates and information workshops taking place in the capital and in the provinces. These events involve the general public, CAE members, administrative and judicial authorities of Chad and Senegal, lawyers, victims, researchers, the media and civil society. The campaign also aims to encourage debate around the contribution of the CAE in the framework of international criminal justice. END_OF_DOCUMENT_TOKEN_TO_BE_REPLACED

Following Israel’s offensive in Gaza, Amnesty International is urging the UN Security Council, the Palestinian Authority and Israel to do everything within their power to enable the International Criminal Court (ICC) to bring to justice those responsible for committing war crimes and crimes against humanity in the current and past Israeli-Palestinian conflicts.

“An International Criminal Court investigation is crucial to end the pervasive culture of impunity. All sides must push for the Court to investigate such crimes in order to halt the vicious cycle of violations and injustice once and for all”, says Amnesty.

Amnesty asks the Security Council to take immediate steps to refer the situation in Israel and the Occupied Palestinian Territories to the Prosecutor of the ICC. For Amnesty, “the UN Security Council must not stand by yet again and bear witness to mounting atrocities. It must seize this moment to act decisively for justice.”

Amnesty International is also calling on both the Palestinian and Israeli authorities to support a Security Council referral, and take other measures that would allow the ICC to step in and ensure their co-operation with the Court. END_OF_DOCUMENT_TOKEN_TO_BE_REPLACED