The ECCC has shown with this landmark decision that it is capable of delivering justice that meets international standards. Although we await the full reasoning of the Co-Investigating Judges, we are confident that the decision - that the ECCC lacked personal jurisdiction over our client - reflects a reasonable view of the evidence and the law. We are satisfied that the Co-Investigating Judges adequately and fairly evaluated the evidence to find that Ms. IM Chaem was neither a senior leader nor one of those “most responsible”. As was crystal clear from any reasoned view of the evidence and the law, this was not a case that the International Co-Prosecutor ought to have pursued and it has cost our client dearly.

There are of course no winners in cases such as these. The International Co-Prosecutor ought to have pursued justice for the victims by adopting a more careful and focused approach on relevant suspects. On any reasonable view of the evidence, it was always clear that Ms. IM Chaem was not such a person. Nonetheless, despite these regrettable circumstances and after almost ten years of investigation, our client welcomes the dismissal of all charges. She has always denied every allegation and today’s decision is a significant step towards vindicating her and clearing her name. The decision is a milestone in her long and difficult march towards justice.

Accordingly, the Defence looks forward to receiving the full reasoning in support of the decision in the near future. At this time, the Defence hopes that the International Co-Prosecutor will properly consider and weigh the interests of justice in deciding whether to pursue an appeal of this decision.

END_OF_DOCUMENT_TOKEN_TO_BE_REPLACED Duch was the first Khmer Rouge official to stand on trial before the ECCC in Case 001. On 26 July 2010, the Trial Chamber convicted Duch of crimes against humanity and grave breaches of the 1949 Geneva Conventions for his role at the S-21 Security Centre. In that role he oversaw the torture and execution of at least 12,272 individuals. Duch was sentenced to 35 years imprisonment, with a reduction of five years as a remedy for his eight-year unlawful detention by Cambodian Military Court. The sentence caused a widespread public dissatisfaction in Cambodia.

The Case 002 has been severed into two separate trials, each addressing a different section of the indictment. The trial judgement in Case 002/01 was pronounced on 7 August 2014. Nuon Chea and Khieu Samphan were both found guilty of crimes against humanity and sentenced to life imprisonment. Following the appeals filed by both Accused, the appeal hearings in Case 002/01 commenced on 2 July 2015 and were closed by the President of the Supreme Court Chamber on 18 February 2016. 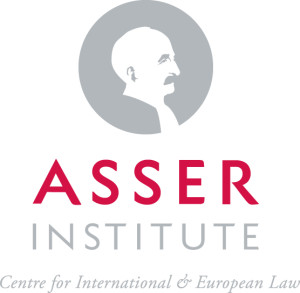 Registration for this event is mandatory. To register, click here.

McGill University’s Faculty of Law and the Grotius Centre for International Legal Studies, Leiden University, invite you to a one-day Symposium on the theme of legal diversity and the theory and practice of contemporary international law.

The speakers will be:

The speakers will be asked to address one or more of the following themes:

Conference proceedings will be inspired in part by the works of the late Professors Patrick Glenn and Roderick Macdonald of McGill University, Faculty of Law, including their study of legal traditions of the world and legal pluralism, interlinked with Canadian traditions of multiculturalism.

The Ambassador of Canada, H.E. Sabine Nölke, will host a post-conference reception that evening, at the Canadian Official Residence (Groot Haesebroekseweg 44, Wassenaar), from 18:30 to 20:30. The ECCC were established in 2006 to bring to trial senior leaders and those most responsible for serious crimes committed under the Khmer Rouge regime. Established by domestic law following an agreement in 2003 between the Kingdom of Cambodia and the UN, the ECCC’s hybrid features provide a unique approach of accountability for mass atrocities.

The book entails an analysis of the work and jurisprudence of the ECCC, providing a detailed assessment of their legacies and contribution to international criminal law. The collection, providing a foreword by ICC Judge Chung and containing twenty chapters from leading scholars and practitioners with inside knowledge of the ECCC, discuss the most pressing topics and its implications for international criminal law. These include the establishment of the ECCC, subject matter crimes, joint criminal enterprise and procedural aspects, including questions regarding the trying of frail accused persons and the admission of torture statements into evidence.

This book is the first comprehensive study on the work and functioning of the Extraordinary Chambers in the Courts of Cambodia (ECCC). It highlights that the ECCC has delivered a rich jurisprudence that deserves scrutiny and analysis in order to explore its contribution to international criminal justice. General criticism towards the ECCC and many aspect of international criminal law may be superficial, missing a critical assessment of the law and practice of the Khmer Rouge Tribunal. The book therefore attempts to contribute to a better understanding of the challenges encountered not only by the ECCC, but by international criminal justice as a whole.

The International Co-Investigating Judge Michael Bohlander of the Extraordinary Chambers in the Court of Cambodia (ECCC) has charged Ta Tith, or Yim Tith, with crimes including genocide in Case 004.

A statement released today shows that the accused has been charged with genocide against the Khmer Krom, an ethnic minority from Southern Vietnam, as well as with the crimes against humanity of murder, extermination, enslavement, deportation, imprisonment, torture, and forced marriage, and grave breaches of the 1949 Geneva Conventions.

Ta Tith was a secretary of the Khmer Rouge’s Northwest Zone at the time of the genocide which took place in the country from 17 April 1975 to 6 January 1979.

The Cambodia Daily reported that Ta Tith had been charged in person at the Court, after which he returned home with his lawyers.

Im Chaem and Maes Muth, suspects in Cases 003 and 004, had been charged with crimes allegedly committed during the Democratic Kampuchea regime earlier this year on 3 March 2015. Maes Muth was a high ranking navy commander in the Revolutionary Army of Kampuchea. Im Chaem was allegedly secretary of Preah Net Preah District in the North-West Zone. Ta An, or Ao An, the former deputy secretary of the Central Zone during the Democratic Kampuchea regime, had been charged on 30 March 2015.

As a result of the formal charges, Ta Tith and his lawyers now have access to the complete case file and are able to participate in the investigation.

Cases 003 and 004 are opposed by the Cambodian government, with Cambodian police having refused to execute arrest warrants issued by the International Co-Investigating Judge last year for suspect Meas Muth and Im Chaem.

The Asian International Justice Initiative (AIJI) has written and published “A Well-Reasoned Opinion? Critical Analysis of the First Case Against the Alleged Senior Leaders of the Khmer Rouge”, a final, comprehensive report on the trial of Nuon Chea and Khieu Samphan in Case 002/01 at the Extraordinary Chambers in the Courts of Cambodia (ECCC).

On 7 August 2014, the ECCC reached an important institutional milestone when the Court published its long-awaited Trial Judgment in the first case against two of the surviving alleged senior leaders of the Khmer Rouge—Nuon Chea and Khieu Samphan The Court found both men guilty of crimes against humanity, and sentenced them each to life imprisonment, while awarding “moral and collective reparations” to the 3,869 Civil Parties participating in the trial.

Despite hopes that the five-year process of judicial investigation, trial, deliberation, and Judgment-drafting would produce a rigorous and insightful final product, in reality, this report argues, the Case 002/01 Judgment fails to deliver the most fundamental output one expects from a criminal trial—systematic application of the elements of crimes to a well-documented body of factual findings. Based, in part, on insight gained from the continuous presence of a team of trial monitors throughout trial, this report provides commentary on “how a contentious and confusing trial process in Case 002/01 ultimately produced a similarly problematic final Judgment.”

The Extraordinary Chambers in the Courts of Cambodia (‘ECCC’) confirmed that Ieng Thirith, the alleged Minister of Health and Social Affairs during Democratic Kampuchea, died on 22 August 2015 in Pailin province, Cambodia.

Ieng Thirith was allegedly the highest-ranking female officer during the Khmer Rouge regime, who also was Pol Pot’s sister-in-law, and the wife of Ieng Sary, the regime’s alleged Deputy Prime Minister and Minister of Foreign Affairs. She and her husband both studied in Paris during the 1950’s and later formed the core of the Khmer Rouge movement with Pol Pot.

On 15 September 2010, the ECCC Co-Investigating Judges indicted Ieng Thirith in Case 002 on crimes against humanity, genocide and Grave Breaches of the Geneva Conventions 1949 for her role in Khmer Rouge’s regime during 1975-1979.

Following multiple assessments by medical experts, the Trial Chamber of the ECCC unanimously found Ieng Thirith unfit to stand a trial due to her progressive dementia (in particular Alzheimer’s disease), and indefinitely stayed the proceedings against her. Consequently, Ieng Thirith was released from provisional detention on 16 September 2012, but remained under judicial supervision until her death.

The Case 002 has been severed into two separate trials, each addressing a different section of the indictment. The trial judgement in Case 002/01 was pronounced on 7 August 2014. Nuon Chea and Khieu Samphan were both found guilty of crimes against humanity and sentenced to life imprisonment. Following the appeals filed by both Accused, the appeal hearings in Case 002/01 commenced on 2 July 2015 and are ongoing. The trial hearings in Case 002/02 commenced on 17 October 2014 and are still ongoing.

Professor Michael Bohlander (Germany) has been appointed as new Reserve International Co-Investigating Judge at the Extraordinary Chambers in the Courts of Cambodia (ECCC), replacing Judge Olivier Beauvallet (France) who was appointed as International Judge in the Pre-Trial Chamber earlier this year.

Professor Bohlander is currently Chair in Comparative and International Criminal Law at Durham Law School, where he has been a professor since 2004.

From 1991 to 2004 Professor Bohlander served as trial and appellate judge in criminal and civil matters in the courts of the East German Free State of Thuringia, in the transitional stage after German unification in 1990. From 1999 until 2001 he served as a Senior Legal Officer of a Trial Chamber of the International Criminal Tribunal for the former Yugoslavia. Professor Bohlander holds a doctorate of law from Saarland University, where he also obtained his law degree.