South Africa’s withdrawal followed a controversy last year when it failed to arrest President Omar Al Bashir, who is wanted by the ICC, when he attended an AU summit in South Africa. South Africa’s Supreme Court of Appeals ruled that the government had violated national laws and its international obligations for not having arrested Bashir. END_OF_DOCUMENT_TOKEN_TO_BE_REPLACED

Members of the United Nations Security Council today adopted by acclamation the recommendation of former Portuguese Prime Minister António Guterres to become the next UN Secretary-General.

The Secretary-General of the UN is the head of the United Nations Secretariat, one of the principal organs of the UN, and serves as the organisation’s top diplomat and chief “administrative officer”. The post lasts for five years but is limited to a maximum of two terms. END_OF_DOCUMENT_TOKEN_TO_BE_REPLACED

In the first phase of the proceedings on admissibility, the United Kingdom, India and Pakistan raised several objections to the jurisdiction of the Court and the admissibility of the application. END_OF_DOCUMENT_TOKEN_TO_BE_REPLACED

Mahmoud Abbas, the president of Palestine, announced his intention on Monday to sue the government of the United Kingdom over the 1917 Balfour Declaration which paved the way for the creation of Israel. Balfour Declaration published in The Times of London - 9 November 1917

The statement of Abbas was delivered by foreign minister Riyad al-Maliki at the opening of this week’s Arab League summit in Mauritania, in the absence of Abbas.

It is said that the 1917 Balfour Declaration, named after then UK Foreign Secretary Lord Arthur Balfour, pledged to support the establishment of a “national home” for the Jewish people in Palestine. The Declaration is seen as a key milestone for the Zionist movement.

The document formed the basis of the British Mandate for Palestine, which was formally approved by the League of Nations in 1922.

Al-Maliki said that the Balfour Declaration led to mass Jewish immigration to British Mandate Palestine. According to al-Maliki, the Declaration “gave people who don’t belong there something that wasn’t theirs”.

In the statement it was further said that the United Kingdom was responsible for all “Israeli crimes” since the end of the British mandate in 1948.

According to the statement, the lawsuit would be filed “in an international court”, but no further details on the planned lawsuit were provided. Gulf News reported that Dr Hanna Eissa, part of the Palestinian team preparing the lawsuit, mentioned the International Court of Justice, which can issue non-binding advisory opinions. 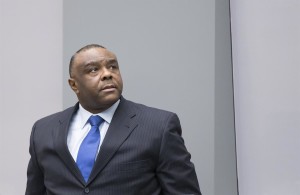 On Monday the 30th of May 2016, the former dictator of Chad, Hissène Habré, has been convicted of crimes against humanity and sentenced to life in prison.

Hissène Habré, the former president of Chad, during his trial by the Extraordinary African Chambers in Dakar, Senegal, in 2015 ©Seyllou/Agence France-Presse — Getty Images

The Extraordinary African Chambers in Senegal, established especially for the prosecution of Hissène Habré, found Habré guilty of rape, sexual slavery, torture and summary execution during his rule from 1982 to 1990.

Habré was the President of the former French colony of Chad from 1982 until 1990 when he fled to Senegal after being overthrown by the current president of Chad, Idriss Deby Itno. The United States and France supported Habré as they saw in him an important ally against the government of Muammar Gaddafi in neighboring Libya.

According to a 1992 Chadian Truth Commission, Habré’s government was responsible for conducting 40,000 political murders and systematically torturing more than 20,000.

The case against Habré has from the beginning been pushed forward by Habré’s victims. Reed Brody from Human Rights Watch, who has worked with Habré’s victims for many years said following the judgment: “Today will be carved into justice as the day that a band of unrelenting survivors brought their dictator to justice.”

In 2005, a court in Belgium issued a warrant for Habré’s arrest under the principle of universal jurisdiction, but Senegal refused to extradite Habré to Belgium. In 2012, the International Court of Justice ordered Senegal to prosecute Habré or to extradite him.

In March 2015, a special criminal court in Chad convicted accomplices of Habré for crimes of torture and murder.

Habré has been given 15 days to appeal. The Extraordinary African Chambers will be dissolved once the judgment in the case of Hissène Habré is final.

The Appeals Chamber of the International Criminal Tribunal for Rwanda (ICTR) delivered its judgment of the appeals in the trial of The Prosecutor vs. Nyiramasuhuko et al. (Butare Case) on the 14th of December in the Courtroom of the ICTR in Arusha, Tanzania.

This is the final judgment issued by the Tribunal, which was established by the UN Security Council in 1994 with the mandate to try those responsible for genocide and other serious violations of international humanitarian law committed in the territory of Rwanda and neighbouring States, between 1 January 1994 and 31 December 1994.

The appeal was lodged by Pauline Nyiramasuhuko, Arsène Shalom Ntahobali, Sylvain Nsabimana, Alphonse Nteziryayo, Joseph Kanyabashi, Élie Ndayambaje, and the Prosecution. The six accused in the case were, on 24 June 2011, variously convicted of crimes of genocide, conspiracy to commit genocide, incitement to commit genocide, crimes against humanity and war crimes for their role in crimes committed against Tutsis during the 1994 genocide. END_OF_DOCUMENT_TOKEN_TO_BE_REPLACED

Yesterday, Kosovo’s parliament voted in favour of changing the constitution, allowing for the creation of an ad hoc war crimes court, to try ethnic Albanian former guerillas for alleged war crimes committed during and shortly after the war with Serbia in 1999.

The 120-seat legislature voted 82-5 in favor of the change, with several abstentions.

During the war, Kosovo Albanian rebels fought to make Kosovo independent from Serbia. In 2010, a special investigation team concluded that there was hard evidence of kidnapping, torture and murder by the rebels.

The report accused some members of the ethnic Albanian insurgency, the Kosovo Liberation Army (KLA), of abductions, beatings, summary executions, and in some cases, the forced removal of human organs on Albanian territory during and after the 1998-1999 Kosovo war. The report named some individuals currently in the Kosovo government, including Prime Minister Hashim Thaci.

On Friday, Kosovo’s government had asked parliament to reconsider its rejection of an ad hoc court, after parliament had voted against creating the court on 26 June. Many Kosovo Albanians see the war crimes court as an attempt to tarnish their 1998-99 guerrilla war against Serbia’s repressive rule.

The new court will most likely be located in The Hague, although the Dutch government is still waiting for an official request from Kosovo.

The International Commission of Jurists (ICJ) published a report today, highlighting numerous failings in the drafting process and the provisions of the Statute of the Arab Court of Human Rights that fall short of international standards.

According to the ICJ, the Statute, approved by the Ministerial Council of the LAS on 7 September 2014, does not permit individuals or groups, including victims of human rights violations, to file a complaint directly with the Court. Only States parties, and NGOs that are both accredited in a State party and are specifically permitted to do so by that State, can bring cases before the Court. END_OF_DOCUMENT_TOKEN_TO_BE_REPLACED

On 27 March 2015, the International Co-Investigating Judge of the Extraordinary Chambers in the Courts of Cambodia (ECCC) charged former Khmer Rouge official Ao An, also known as Ta An, with crimes against humanity and premeditated homicide.

Ao An, aka Ta An, photographed in 2011. Photo Courtesy DC-CAM

Ta An appeared in person at the court to hear the charges related to purges and executions at the crime sites of Kok Pring execution site, Tuol Beng security centre and Wat Au Trakuon security centre.

Ta An, the former deputy secretary of the Central Zone during the Democratic Kampuchea regime, is the second suspect charged in Case 004. Earlier this month, the UN-backed Khmer Rouge Tribunal charged former district commander Im Chaem in the same case. END_OF_DOCUMENT_TOKEN_TO_BE_REPLACED