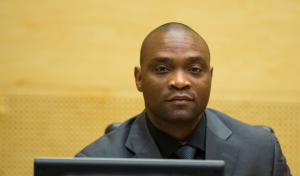 crimes of murder, attacking a civilian population, destruction of property and pillaging. The majority held that Katanga had contributed to the commission of crimes by the Forces de Résistances Patriotiques en Ituri, an armed group operating in the DRC who carried out an attack against the village of Bogoro on 24 February 2003.

In his summary of the sentencing judgment, Presiding Judge Cotte highlighted the gravity and particular cruelty with which the crimes were committed, resulting in the deaths of numerous civilian victims including women and children. The Chamber considered that the crimes were also clearly committed on a discriminatory basis targeting the mainly ethnic Hema who populated Bogoro village at the time of the attack. END_OF_DOCUMENT_TOKEN_TO_BE_REPLACED

This Tuesday, Trial Chamber II of the International Criminal Court (ICC) announced that it will deliver the sentencing judgement in the case of Germain Katanga on 23 May 2014 at 09h30 (Hague time) in open court. Interested parties will be able to view the live webstream here.

Under Article 77 of the Rome Statute, the judges may impose a sentence of imprisonment as well as a fine or forfeiture of proceeds, property, and assets derived from the crimes. Sentences of imprisonment cannot exceed 30 years except when justified by the extreme gravity of the crime and the individual circumstances of the convicted person, in which case a sentence of life imprisonment may be imposed.

Germain Katanga was convicted by a majority of Trial Chamber II on 7 March 2014 of one count of crime against humanity (murder) and four counts of war crimes (murder, attacking a civilian population, destruction of property and pillaging) committed on 24 February 2003 during the attack on the village of Bogoro, in the Ituri district of the DRC. He was convicted as an accessory of contributing to the commission of crimes by members of the Forces de Resistance Patriotiques en Ituri through supplying arms and ammunition. END_OF_DOCUMENT_TOKEN_TO_BE_REPLACED