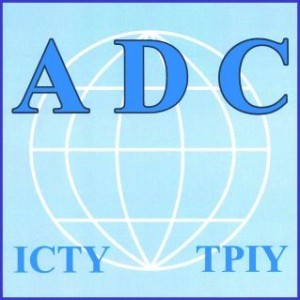 This one-day conference will focus on the situation of Defence Counsel at International Criminal Courts and Tribunals and will feature four distinguished panels on various topics in relation to the role and importance of the Defence.

The Opening and Closing Remarks will be delivered by ADC-ICTY President, Colleen M. Rohan, and panellists include renowned Defence Counsel, Judges and representatives from various international criminal courts and tribunals.

Panel I: The Role of Defence Counsel at International Criminal Courts and Tribunals

Panel II: The Necessity of a Defence Office from the International and National Perspective

Panel III: The Importance of a Bar Association for International Criminal Courts and Tribunals

Panel IV: The Future of Defence Counsel on the International and National Level

Participation Fee: 35 Euros (including coffee breaks) for the general public,

Lunch is 15 Euros per person upon reservation.

Certificates for continuing legal education are available upon request.

The International Crimes Tribunal of Bangladesh

Last week, an independent report into the proceedings of the International Crimes Tribunal (ICT) in Bangladesh was published. The comprehensive evidence-based report by Geoffrey Robertson QC is the first of its kind and concludes that the Tribunal’s proceedings fall seriously short of international standards.

Since its inception, the International Crimes Tribunal, which has passed a number of death sentences on opposition political leaders for crimes allegedly committed in the 1971 civil war in East Pakistan, has been the subject of significant criticism from both those who have appeared before it and numerous legal experts. All of whom have concluded that the ICT does not adhere to internationally recognised standards.

According to the 126-page report, the major concerns about the ICT are that the Tribunal lacks impartiality, it allows for the death penalty to be imposed without providing a higher standard of procedural safeguards, it permits trials in absentia and there are concerns about witness tampering and intimidation.

Further, the Tribunal appears to have no rules about admissibility of evidence: many of the convictions have been based on hearsay, and in effect, on guilt by association. The Tribunal does not provide the basic guarantees required by international human rights treaties; the rules about providing adequate time and facilities to prepare a defence have been consistently breached, and most notably, defendants are excluded from enjoying the constitutional protections available to all other Bangladeshi citizens. END_OF_DOCUMENT_TOKEN_TO_BE_REPLACED

On 29 October 2014, Chatham House and Doughty Street Chambers hosted the Sir Richard May Memorial Lecture. The speakers were Lord Justice Adrian Fulford and Judge Howard Morrison. The chair was Elizabeth Wilmshurst. The speakers discussed the major steps made in the trial of international crimes and addressed the challenges that still remain.

Speaking on the theme of the evening, Judge Fulford was wary of the ‘miasma of legacy’ that surrounds such discussions. He spoke frankly on the fate of his ‘brainchildren,’ the Office of Public Counsel for Victims (‘OPCV’) and the Office of Public Counsel for Defence (‘OPCD’). In this connection he noted that castles built in the air tend to go up in smoke. His intention had been that these offices would provide professional and independent specialist in-house counsel and that self-employed counsel would be the backup option. The representation of victims and the accused is central to the ICC, which is at a crossroads. The outcome of the ReVision project to restructure the Registry (which includes these offices) is critical. END_OF_DOCUMENT_TOKEN_TO_BE_REPLACED

Last week, the Contempt Judge Nicola Lettieri issued a Decision on a Motion Challenging the Special Tribunal for Lebanon’s jurisdiction. The motion was submitted by the Defence for NEW TV S.A.L and Karma Hohamed Tahsin Al Khayat and questioned whether the Tribunal could hear cases of contempt and obstructions against the proper administration of justice by legal persons (i.e. corporate entities).

The Contempt Judge ruled that although the Special Tribunal for Lebanon (STL) does not have jurisdiction to hear cases dealing with obstructions of justice against legal persons, it does retain jurisdiction to hear cases dealing with offences against the administration of justice against natural persons. This was held to be consistent not only with international case law, but also with Rule 60bis of the STL’s Rules of Procedure and Evidence.

Following these events, the Registrar of the Tribunal appointed an amicus curiae. Based on reports by the amicus, the Contempt Judge concluded that there was prima facie evidence that justified proceedings for contempt.

Two journalists and two media organisations have been subsequently charged with contempt before the Tribunal. 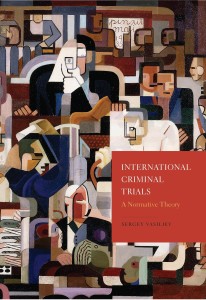 and hybrid criminal tribunals from the Nuremberg Tribunal to the Special Tribunal for Lebanon. 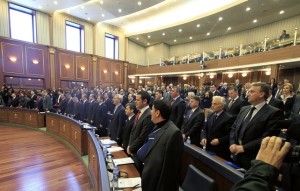 The special court will adjudicate cases against individuals based on a 2010 report by Council of Europe rapporteur Dick Marty. The report accused some members of the ethnic Albanian insurgency, the Kosovo Liberation Army (KLA), of abductions, beatings, summary executions, and in some cases, the forced removal of human organs on Albanian territory during and after the 1998-1999 Kosovo war. The report named some individuals currently in the Kosovo government, including Prime Minister Hashim Thaci.

Thaci, who was the political chief of the former Kosovo Liberation Army, has rejected the allegations as an attempt to tarnish KLA’s reputation.

The Marty report said most of the alleged crimes occurred after June 1999, when NATO’s bombing campaign forced Belgrade to end the war and withdraw Serb forces from Kosovo.

The special court will operate within the Kosovo justice system but, prosecutors and judges will be international. It will have one seat in Kosovo and another abroad, possibly in the Netherlands, which will deal with protected witnesses.

An estimated 10,000 people died during the 1998-99 war, the great majority of them being ethnic Albanians. About 1,700 people are still missing.