U.S. Federal appeals judges have recently upheld a decision allowing the extradition of Azra Basic to Bosnia and Herzegovina, a Muslim Croatian woman accused of murder and torture during the 1992-1995 Bosnian War.

Basic had challenged a ruling by U.S. District Judge that said Basic could be deported to face trial in Bosnia and Herzegovina.

Basic came to the United States as a refugee in 1994. She settled in Kentucky and became a naturalized citizen in 2007.

Basic’s attorney argued that a treaty does not allow extradition of U.S. citizens to Bosnia and that Bosnian authorities did not issue a proper arrest warrant for her.

The U.S. 6th Circuit Court of Appeals disagreed, ruling that the treaty in place between the United States and Bosnia does not bar Basic from being extradited.

The Court of Appeals also said that while there was no warrant of arrest against Basic as such, other documents in the file constituted a valid warrant. END_OF_DOCUMENT_TOKEN_TO_BE_REPLACED

Today, the International Court of Justice (ICJ) has rejected the claim of Croatia that Serbia committed genocide in Croatia in 1991, as well as the counter-claim by Serbia that the expulsion of more than 200,000 Serbs from Croatia constituted genocide.

Judge Peter Tomka, president of the ICJ, said that although both sides had carried out violent acts during the war, neither side had provided sufficient evidence to demonstrate the specific intent required for acts of genocide.

Both countries relied on the Convention on the Prevention and Punishment of the Crime of Genocide (Genocide Convention) for contending that the other country had committed genocide. The fact that the claims were based only on the Genocide Convention, implied that the Court had no power to rule on alleged breaches of other obligations under international law, not amounting to genocide, particularly those protecting human rights in armed conflict. END_OF_DOCUMENT_TOKEN_TO_BE_REPLACED 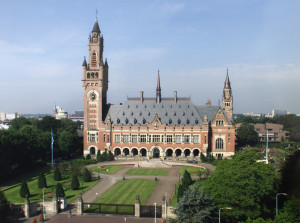 On Monday, a court in Zagreb, Croatia, issued a European Arrest Warrant demanding the extradition of Serbian General Milan “Mile” Martic to stand trial in Croatia for shelling the towns of Karlovac and Jastebarsko near Zagreb in May 1995. During the conflict in the former Yugoslavia, Martic was interior minister, defence minister and president of the self-proclaimed Autonomous Region of Krajina located in the south of Croatia near the Bosnian border.

Martic is currently in Estonia serving a 35-year sentence of imprisonment for war crimes committed against non-Serbs in Croatia for which he was convicted by the International Criminal Tribunal for the former Yugoslavia in 2007. The ICTY concluded that Martic’s activities resulted in the expulsion of all Croatians and non-Serbs from the areas which were under his control.

Croatia had originally indicted Martic for war crimes in 2003 alongside Serbian military leader Milan Celeketic. However, authorities did not decide to proceed with the case against Martic until 2010 when it became clear that the ICTY would not prosecute Martic for the shelling of the towns.