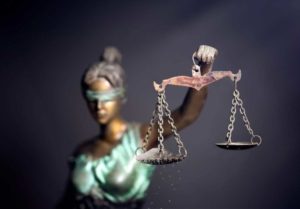 The ‘F’ word is back in use, famines have returned. In 2017 the UN identified four situations of acute food insecurity that threatened famine or breached that threshold, in north-eastern Nigeria, Somalia, South Sudan and Yemen. In December 2018 famine was formally declared across regions of Yemen. Starvation is also being used as a weapon of war in Syria. We have also seen how food and humanitarian aid is being manipulated, obstructed and politicised in the Gaza Strip and in Venezuela.

Starvation Crimes – an umbrella term coined by Alex de Waal to encompass a range of (non-exhaustive) criminal conduct intended to deprive people of items necessary for sustaining human life – are at the heart of the problem. Every instance of famine or acute food insecurity today is at its core man-made and this criminal and reckless behaviour is responsible for widespread and systematic death, injury and suffering worldwide. As 2019 begins and the number of victims spirals into the millions, we must urgently address how we can strengthen our collective response to deter such conduct.

The current and collective scale of suffering and death as a result of these crimes is unprecedented in modern history: Yemen alone promises to be the most severe famine in living memory. Yet recognition of the deliberate nature of famine, attribution of fault and accountability remains elusive. We at the start of a long road to criminalise starvation in a way that properly recognises the causes, identifies the culprits and correctly labels their crimes. Despite the birth of modern international criminal law over the last 25 years, there has been a dearth of prosecutions for starvation crimes.

As we have seen with all kinds of international crimes, the relevant conduct needs to move beyond the confines of the battlefield and the classroom and into the courtroom. Then the relevant law may be identified, clarified, codified and developed so that a belligerent warlord or a government supplying arms used to starve become fearful of its reach. END_OF_DOCUMENT_TOKEN_TO_BE_REPLACED

Today, Trial Chamber I of the International Criminal Court (ICC) found, by majority, that there were no exceptional circumstances preventing the release of Ivory Coast ex-President Laurent Gbagbo and his co-accused Charles Blé Goudé from ICC detention following their acquittal.

Yesterday, Trial Chamber I indeed acquitted, by majority, Laurent Gbagbo and Charles Blé Goudé, from all charges of crimes against humanity allegedly committed in Ivory Coast in 2010 and 2011.

The Trial Chamber noted the violent political conflict in the context of the 2010 presidential elections, in Ivory Coast but considered that the Prosecution has failed to submit sufficient evidence to demonstrate the responsibility of Mr Gbagbo and Mr Blé Goudé for the crimes as charged.

In particular, the Chamber concluded by majority that the Prosecution has failed to demonstrate several core constitutive elements of the crimes, including the existence of a “common plan” to keep Mr Gbagbo in power, which included the commission of crimes against civilians “pursuant to or in furtherance of a State or organisational policy” and the existence of patterns of violence from which it could be inferred that there was a “policy to attack a civilian population”.

Furthermore, the Chamber concluded that the Prosecutor failed to demonstrate that public speeches by Laurent Gbagbo or Charles Blé Goudé constituted ordering, soliciting or inducing the alleged crimes. The Chamber decided that, accordingly, there was no need for the defence to submit further evidence.

The Chamber directed the ICC Registry to obtain the necessary assurances from Mr Gbagbo and Mr Blé Goudé and their respective lead counsel in ensuring the return of Mr Gbagbo and/or Mr Blé Goudé, if and when their presence at the seat of the Court is requested.