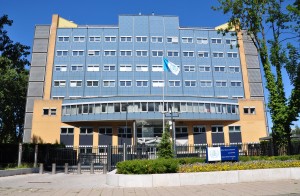 The Special Tribunal for Lebanon

Two journalists and two media organisations have been charged with contempt before the Special Tribunal for Lebanon (STL).

Karma Mohamed Tahsin al Khayat from Al-Jadeed TV, as well as the station’s parent company New TV S.A.L., have been summoned to appear before the STL on two counts of Contempt and Obstruction of Justice. Ibrahim Mohamed Al Amin from Al Akhbar, as well as the newspaper’s parent company Akhbar Beirut S.A.L. have been summoned on one count of Contempt and Obstruction of Justice. The accused are being charged under Rule 60 bis (A) of the Rules of Procedure and Evidence and all the charges relate to the Ayyash et al. case.

Following these events, the Registrar of the Tribunal appointed an amicus curiae. Based on reports by the amicus, the Contempt Judge concluded that there was prima facie evidence that justify proceedings for contempt.

In his decision, the Contempt Judge clarified that publishing purported names of witnesses may amount to interference with the administration of justice, because it reduces the confidence of both actual witnesses and the public, in the ability and the will of the Tribunal to protect its witnesses.

The accused may choose whether to appear at the court in person or by video-link.  The initial appearances of the accused are scheduled for 13 May 2014.