John Kerry delivering his statement on IS on 17 March 2016

United States Secretary of State John Kerry today officially determined the Islamic State group (IS) is committing genocide and crimes against humanity against Christians, Yazidis and Shiite groups in Iraq and Syria. His statement meets a congressional deadline for a decision that was long expected. Though the declaration is not related to any obligation of the United States (US) to take further action against IS or to any prosecution against members of this group.

On 14 March, the US House of Representatives passed by 393 to 0 a non-binding resolution that declared that “the atrocities perpetrated by ISIL against Christians, Yezidis, and other religious and ethnic minorities in Iraq and Syria constitute war crimes, crimes against humanity, and genocide.” END_OF_DOCUMENT_TOKEN_TO_BE_REPLACED

Yesterday, the Supreme Court of Appeal of South Africa ruled the government had shown unlawful conduct “in failing to take steps to arrest and detain, for surrender to the International Criminal Court, the President of Sudan, Omar Hassan Ahmad Al Bashir.” The Appeal Court has ruled that South Africa had therefore failed to comply with its obligations under the Rome Statute and section 10 of the Implementation of the Rome Statute of the International Criminal Court Act 27 of 2002.

Omar Al Bashir visited South Africa on 13 June 2015 to attend the 25th Assembly of the African Union.  The South African government took no steps to arrest Omar Al Bashir, claiming he benefited from immunity as a head of State. The South African Litigation Centre brought in response an urgent application on Sunday 14 June to the High Court of Pretoria, “seeking orders declaring the failure to take steps to arrest President Al Bashir to be in breach of the Constitution and to compel the Government to cause President Al Bashir to be arrested and surrendered to the ICC to stand trial pursuant to the two warrants.” While the Government opposed the application and sought to obtain a postponed until the next day, the High Court made an order prohibiting President Omar Al Bashir of Sudan from leaving the South African territory “until a final order is made in this application, and the respondents are directed to take all necessary steps to prevent him from doing so.” When an emergency order was eventually obtained the following day from the High Court ordering Bashir’s arrest, government lawyers admitted he had flown out of the country just a few hours earlier. END_OF_DOCUMENT_TOKEN_TO_BE_REPLACED

Location: training will take place at the premises of an international court The Association of Defence Counsel practising before the ICTY (ADC-ICTY) will be holding an Advocacy Training day conducted by Ms. Colleen Rohan. Ms. Colleen Rohan has been practicing criminal defence for over 30 years. She has acted as defence counsel at the ICTY, the EULEX courts in Kosovo and domestically in the USA. She is a founding member of the International Criminal Law Bureau and a member of 9 Bedford Row International.

The topics which will be covered include drafting motions, final briefs and appeals.

Registration is open to all. Places are limited and are allocated on a first come, first served basis. The registration form is available here.

For more information, see the flyer or visit the ADC-ICTY website. The International Commission of Jurists (ICJ), international donors and development partners discussed the attorney general’s powerful role on the sidelines of the launch for the Union Attorney General Office’s (UAGO) Strategic Plan 2015-19 in Nay Pyi Taw last week. All expressed hope that the incoming National League for Democracy (NLD) government will appoint an attorney general committed to reform, the rule of law and human rights, in line with their election manifesto promise to ensure that executive and judicial systems support the rule of law. END_OF_DOCUMENT_TOKEN_TO_BE_REPLACED Marko Milanović - Associate Professor at the University of Nottingham and Visiting Professor at the Geneva Academy - will explore the key legal issues and challenges arising from the recent attacks carried out around the world by the Islamic State’s followers. In particular, Professor Milanović will address:

Antonio Coco and Patryk Labuda will serve as discussants, after which the floor will be opened up to comments and questions.

If you plan to attend, please register here.

Two Somali citizens have taken legal action against the Netherlands for war crimes. The two nomads represented by Dutch lawyers Göran Sluiter and Liesbeth Zegveld, claim that they were hit and lost their two young daughters because of an American drone strike in January 2014. The US operation was meant to eliminate Ahmed Godane and resulted in the killing of several Al Shabaab members. At the time, no civilian casualties were reported by any media or Western officials.

The two victims claim that the Netherlands are co-reponsible for the attack since the Dutch intelligence has been providing crucial information on Somali communications to the US. The Intercept has revealed documentation stating that more than half of US interventions in Yemen and Somalia are informed by meta data, which is often provided by foreign partners. The use of these telecommunication data by the US army is the basis of the case brought by the two Dutch lawyers.

Sluiter, one of the lawyer, criticized the so-called precision of targeted done killings: “Drone strikes are only allowed if there are no innocent victims in the area. But obviously the drones are not controlled with due care”, Sluiter said. Controversies have recently became stronger around drone attack.  According to The Intercept, only 35 out of 200 killings by drone from 2012 to 2013 in Afghanistan were intended targets. 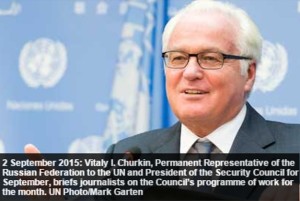 Debris at the crash site of Malaysia Airlines Flight MH17, near the village of Grabovo, Ukraine ©AP

At the last UN Security Council meeting, held on Wednesday 29 July, the Russian federation vetoed draft Resolution S/2015/562 on the creation of an International Criminal Tribunal for Malaysia Airlines Flight MH17 (ICTMH17). The resolution included a draft Statute providing for the prosecution of suspects accused of downing flight MH17 on 17 July 2014, killing 298 people including 193 Dutch citizens. Eleven countries on the 15-member council voted in favour of the proposal by Malaysia, Australia, the Netherlands and Ukraine, while three countries abstained: China, Angola, and Venezuela.

Earlier on the day, Dutch Prime Minister Mark Rutte had called Vladimir Putin to appeal on him directly to support the creation of the ICT. Based on the Law on International Crimes, Dutch prosecutors have opened an investigation into the crash of Malaysia Airlines flight MH-17 on suspicion of murder, war crimes and intentionally downing an airliner. Russia said discussions on a dedicated ICT should be postponed until the two Dutch-led investigations into the crash release their reports.